While many data sets contain multiple relationships, depicting more than one data relationship within a single visualization is challenging. We introduce Bubble Sets as a visualization technique for data that has both a primary data relation with a semantically significant spatial organization and a significant set membership relation in which members of the same set are not necessarily adjacent in the primary layout. In order to maintain the spatial rights of the primary data relation, we avoid layout adjustment techniques that improve set cluster continuity and density. Instead, we use a continuous, possibly concave, isocontour to delineate set membership, without disrupting the primary layout. Optimizations minimize cluster overlap and provide for the calculation of the isocontours at interactive speeds. Case studies show how this technique can be used to indicate multiple sets on a variety of common visualizations.

Source code as an Eclipse project (requires prefuse; I recommend the latest prefuse from the CVS repository, but the beta release will also work.) [v.3 updated 24 November 2010]

Also, you can now download the code for the papers timeline explorer. It is somewhat messy and depends on the BubbleSets code (above) as well as prefuse and the two jar libraries included in the archive.

As a stand-alone Java library

Bubble Sets library on GitHub (thanks Josua Krause for creating a testing application)!

Javascript version of the library 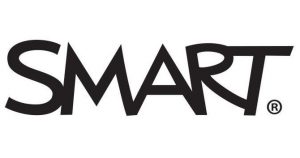